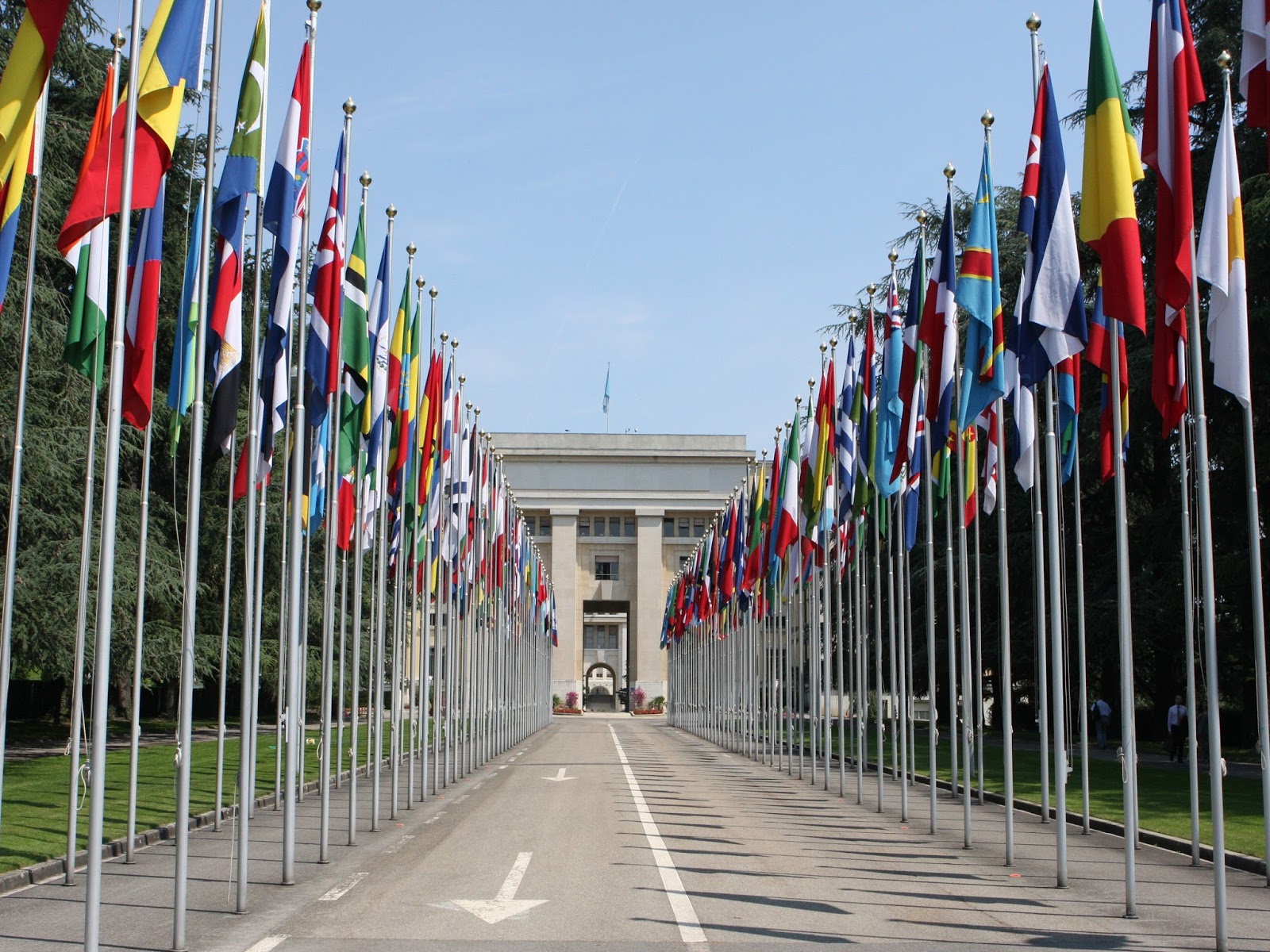 So, what is a startup society? A startup society is any new community that has a unique form of governance. We believe that governance cannot be decentralized unless there are new experiments in governance that differ from an existing governance structure, challenging the status quo and creating new opportunities. Some real world examples of governance decentralization and experimentation would be Hong Kong, the Colón Free Trade Zone in Panama, and Korea’s Jeju Island.

At the beginning of a decentralization cycle, there are many smaller communities collaborating and competing with each other. However, at some point, one community becomes dominant — whether this is zero-sum (taking for other communities) or positive sum (providing value to everyone) doesn’t matter as much. What is relevant is that the successful community’s model scales and begins to grow.

When one model becomes dominant, governance tends to become more centralized and calcified overtime. As a result, the dominant system becomes brittle, “fragile,” less capable of adaptation — their dominance leads to confirmation bias and an unwillingness to change or experiment.

However, when new external forces emerge, such as a new rival or changing climate, they are less capable of addressing them. Similarly, they become less capable of dealing with internal changes (corruption, social unrest, etc.), thus destabilizing their centralized form of governance.

Rome: From City-State to Empire and Back Again

Ok, this might be a little too abstract. So let’s give a concrete example.

Rome started as a small city-state, competing amongst other city-states in the Italian peninsula. Rome famously began to grow based on military conquest, an attractive (relatively) transparent legal system, and cultural innovations (mostly borrowed from Greeks) that at least in theory granted many citizens a say in their government.

Between its military dominance and unique governance system, Rome eventually became one of the largest and most successful empires on the planet. The complete pinnacle of its power was capped off with the ultimate centralizing act, the creation of an Emperor, ruling an imperium through the will of one man.

Once this system achieved total dominance, all seemed assured. But tied to an inflexible governance system and without competitive pressure and innovations within the community, Rome’s methods of success became the source of its undoing. The centralized government became irredeemably corrupt, its military was increasingly made up of mercenaries who fought only for coin, and the ambitions of far-flung governors led to the formation of empires-within-the empire — those “adaption” communities rising to meet unmet needs we discussed earlier.

Eventually, the Roman Empire was split into the east and west. In the Western Empire, this devolution continued as “barbarian” kings and ambitious governors created new startup societies around the periphery, providing real challenges and opportunities that Rome did not.

Yet, many of these new startup societies still viewed themselves as Roman and, in some ways, more Roman that Rome itself. While some were made through outright conquest, many were peacefully and legally granted authority by the Roman state in an effort to defer some managerial responsibility. As a result, we saw the rise of nations such as the Holy Roman Empire, Byzantium, and Charlemagne — all claiming the mantle of Rome’s legitimate successor. Even leaders as recent as Napoleon sought to claim the title of Roman leadership, going so far as to adopt the Roman eagle as his standard. And there are many, many more over the centuries that have tried to claim Rome’s successorship as their own!

Rome is certainly not a one-off outlier. Before the Romans, there were the Greeks. And before the Greeks, there were the Minoans. This is not merely a western trend either — from the Chinese and Mongolian civilizations, to the Incans and Mayans, and all across Africa, the cycle is the same.

In each example, an empire or dominant community begins to fail the moment it achieves dominance. Startup Societies are natural, almost ecological responses to stiff, unwieldy former success stories. Only through these nimble experiments are dominant societies able to transition and address contemporary issues without going through some hard and tragic “fall.”

Readers might still be confused by such a broad category: “any new community with a unique form of governance”. It’s even broader than our previous definition (“small physical areas experimenting with governance”). How is this relevant today?

As we see it, we believe there to be three main types of Startup Societies, based on three different types of communities that have emerged in the 21st century:

One popular example is an ecovillage, which uses green technology to reduce waste and encourages residents to live in harmony with the environment in small, tight-knit communities. New City projects can also be considered a physical community startup society if they provide infrastructural needs not given in surrounding areas (transportation, energy, etc)

‍Legal communities are jurisdictions that provide new policies, laws, regulations and rules for individuals and entities under its authority that differ from the “ruling” community. Legal Communities can be startup societies if they provide different rules from their surrounding jurisdictions, ideally experimenting in innovative ways to improve economic growth and personal freedom.

The most common examples of legal communities are Special Economic Zones (SEZs), which are sub-jurisdictions with different rules within a host country. Successful Special Economic Zones, such as Hong Kong, have been crucial in transforming countries such as China and the UAE into economic powerhouses.

‍Virtual and digital platforms and protocols that allow people to interact, share information, and exchange value. Virtual communities can be startup societies if they provide a way of engaging with others in a different way from analog means of communication, or dominant digital platforms.

It should also be noted that these communities are not necessarily isolated from each other, and can integrate parts or all of different communities. In fact, the most interesting forms of startup societies are an amalgamation of physical, legal, and virtual communities:

Smart cities are a mixture of virtual communities and physical communities that use both digital and physical technologies to connect the residents with their environment, and each other. This can provide unique forms of governance that will allow cities to adjust real time to meet their citizens' needs. Examples include cities like Songdo, China, which has an integrated community garbage disposal system for all residents, among other high-tech features. ‍

Charter cities are a mixture between SEZs and physical communities. Unlike many SEZs, charter cities focus on individual residency, and rather than businesses. Their ultimate goal is to leverage governance decentralization in order to spur physical development to scale to an entire city in a short amount of time. Examples include the ZEDE program in Honduras, which has its own legal, regulatory and policing system geared to attract residents into a city.

Digital economic zones are a mixture of legal communities and digital platforms that have some sort of legal status, given by a sovereign or governmental authority. However, unlike most SEZs, they have little or no physical presence. They serve almost exclusively businesses, rather than residents, unlike charter cities, and some consist solely of servers hosting data of companies that legally domicile in the zone. These are the newest form of startup society, and include places such as the Astana International Financial Centre in Kazakhstan.

The 21st Century Problem With Decentralization

The case for increased decentralization grows stronger by the day. Not only is the theoretical argument effective, but trends such as climate change and social unrest are lurching us towards a decentralized future. And so, the Startup Societies Network is not worried about whether governance will become more decentralized, but rather about finding the best path forward to ensure the best results for all involved.

Today, startup societies are largely done in isolated silos. Projects are, even within their same categories, notoriously bad at sharing information and best practices. SEZs are a perfect example of this trend — only today are people even beginning to understand how many there are and the role they have played in shaping modern society, with Hong Kong being perhaps the most famous example. While some progress is being made, it is still too slow to address the many challenges of the 21st century such as climate change, cryptocurrency, and Universal Basic Income (UBI).

The sad truth is that there are almost no startup societies that are truly collaborating across international and conceptual boundaries. Smart cities have essentially been stymied by boondoggles, overpromises, and corruption. Charter cities, while helpful, are still nascent, and not generally accepted yet. New distributed ledgers stand almost completely apart, notwithstanding sensationalist projects that receive little traction.

Most importantly, no organization or movement has connected all three categories under the category of decentralization. They do not share resources, best practices, or talent effectively within their self defined silos, nor across them. If this trend continues, the movement will likely fail, and rather than seeing a gradual and positive governance shift, it is much more likely to be a sudden and even violent change. Until that problem is solved, and these projects gain a “movement consciousness,” they will continue to repeat the same mistakes and fail to innovate — much like the dominant governance systems they seek to replace.

To that end, the Startup Societies Network offers stakeholders the tools, knowledgebase, and shared network to promote cooperation and shared growth. We see these as public offerings to reduce market friction and encourage the daring and innovation needed to tackle 21st century challenges through startup societies.

Startup societies are happening with or without the Startup Societies Network. But together, we can help each other overcome the challenges to innovative and daring ideas that have always plagued startup societies. There is enough competition from external factors, and competition does help breed success. Nevertheless, we needn’t compete in such a way that precludes cooperation in the face of the dire obstacles that we as a species face.

We can do better. Together.